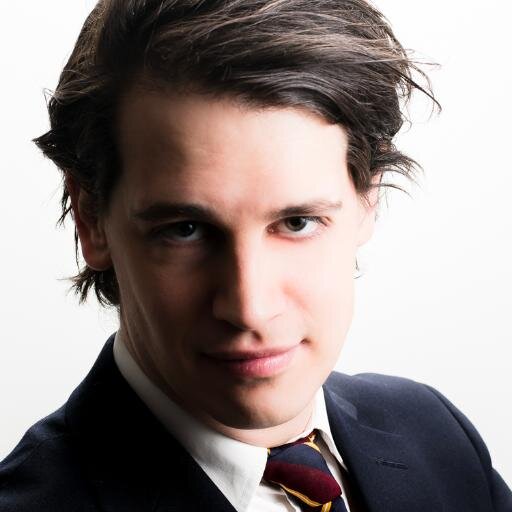 
Milo Yiannopoulos is best known for his fabulous hair as well as being a writer at Breitbart covering GameJournoPros and providing commentary on the ongoing controversy.

Yiannopoulos has admitted to making fun of gaming as well as the Gamer persona in the past but has since felt that such commentary and view points were unjust and uninformed.[1]

His sexual orientation is homosexual.

On the 13th of September, Yiannopoulos played his first video games since a brief play of the original DOOM, which he live streamed on his Twitch channel.[2]

On the 1st of September, Breitbart published Yiannopoulos's article "Feminist bullies tearing the video game industry apart" in which he writes about Zoe Quinn, some of the controversy surrounding Zoe Quinn including death threats and the state of online Gaming Journalism.[3]

On the 9th of September, Yiannopoulos wrote an article in open letter format titled "An open letter to the video gaming community from a self-confessed right-wing bastard" in which he talks of his personal observations and musings about the video game journalism industry[4]

On the 15th of September, the article "GAMERGATE: angry feminist, unethical journalist are the ones not welcome in the gaming community". The article consists of what GamerGate has done so far and some of the problems of the Gaming Press[5]

On the 17th of September, The GameJournoPros mailing list was exposed to the public eye by the conservative news site, Breitbart.[6] Providing evidence of long suspected collusion within the Gaming Media.[7][8][9][10] Later Yiannopoulos revealed all the participants in the GameJournoPros list[11] as well as a full dump of the thread in his first article.[12]

On the 23rd of September, the article titled "How sloppy, biased video games reporting almost destroyed a CEO" was written. The contents of the article talks about Ben Kuchera and his article on Brad Wardell(CEO of Stardock) and the case surrounding the incident.[13]

On the 10th of October, the article "How to lose a public relations battle on the internet" was created. The article talks about Intel pulling out from Gamasutra some of the implications that Intel's decision will cause and reasons why.[14]

On the 21st of October, Breitbart published Yiannopoulos's article titled "Incredibly, Gamergate is winning - but you won't read that anywhere in the terrified liberal media". In which he details what has happened so far up to that point as well as point out how GamerGate has continued on despite insistence that once all the fervor is used up it would quietly fizzle away.[15]

On the 22nd of November, A Breitbart article by Milo Yiannopoulos titled "Game developers' association calls 10,000 tweeters 'harassers'–including Kentucky Fried Chicken" talks about the IGDA and its adoption of a blocklist, the creator of the blocklist Randi Harper, talks to a few people on the blocklist as well as talk to industry insiders about Gamergate.[17]

On the 27th of November, Yiannopoulos wrote a detailed and lengthy rebuttal in an open letter format to Businessweek's article involving Anita Sarkeesian and the "threats" she received as well as a brief mention of Gamergate [18]

Milo Yiannopoulos and Steve Tom Sawyer hosted a weekly tech, media, gaming and internet culture podcast called Radio Nero. In its inaugural episode, on the 22nd of September 2014, Yiannopoulos and Sawyer discussed GamerGate with guests Christina Hoff Sommers, Adam Baldwin and Internet Aristocrat.[19] In the second episode of RADIO NERO Yiannopoulos continues GamerGate coverage with the discussion of ethics in video game journalism by talking to Erik Kain of Forbes and Noah Dulis from Breitbart News. In episode 2 he also talks with Sargon of Akkad and Roguestar about their investigations into DIGRA.[20] The third episode of RADIO NERO titled "Gamers versus GAMR" discussed why the concept of a consumer organization named GAMR was not being widely accepted by participants in GamerGate. Yiannopoulos has Damion Schubert of Bioware explain the concept with Mundane Matt providing a pro-GamerGate side.[21]