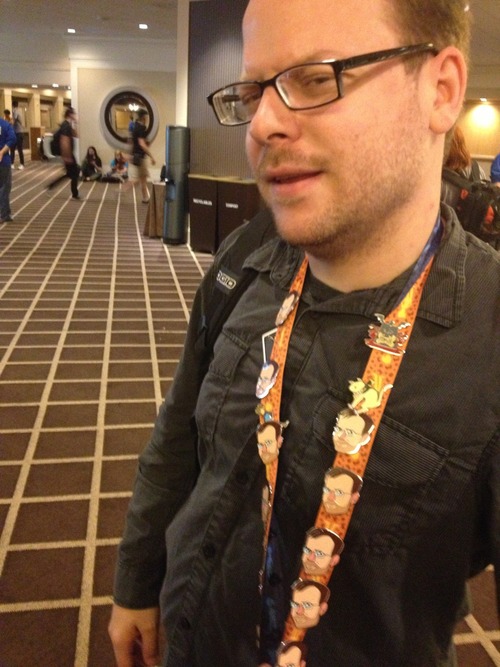 
Ben Kuchera is a video games journalist whose career has included work at Ars Technica and The Penny Arcade Report, as of 2014 he writes for video game website Polygon.

A member of GameJournoPros[1] who is at the center of many instances of shady journalism practices, including the Brad Wardell incident[2] and the Zoe Quinn Scandal.

On September 6, 2012, Kate Cox published an article on Kotaku about Brad Wardell, the CEO of Stardock.[3] In it, she published allegations made by Alexandra Miseta, a former employee of Wardell. Miseta claimed that Wardell had sexually harassed her by asking sexually inappropriate questions and touching her hair, among other actions, which led her to file a harassment suit against Wardell. Cox's article further details how in July 2012 Stardock attorneys filed a suit against Miseta, stating that she had "deleted, destroyed, and/or stole" files related to Elemental, a Stardock game. Miseta's attorney is quoted as stating, "It is our opinion that Mr. Wardell's lawsuit against Ms. Miseta for allegedly deleting files, etc., is baseless and was brought solely in retaliation for her sexual harassment lawsuit." Cox supported this position by arguing that certain information from the first suit, Miseta vs. Wardell, "cast doubt on Stardock's recent assertions", and also because eyewitness testimony contradicted Wardell's account of events. This was further implied with the article's name: "PC Gaming Studio Said She Ruined Their Game, But Only After She Sued The Boss For Sexual Harassment". The article was initially published without giving Wardell a chance to respond to his accuser's allegations.

A few hours after Cox's piece went public, Kuchera proceeded to reblog the article on Penny Arcade, with the subtitle originally reading, "Stardock CEO Brad Wardell sued for sexual harassment, with some damning evidence".[4] The end of the statement was eventually changed to "heavy allegations" instead of "damning evidence". According to Wardell, Kuchera's actions bolstered the popularity of the Kotaku article, leading to him receiving death threats.[5] In regards to the outrage generated by the story, Wardell said, "I received an email from someone who described my house in sufficient detail to concern me and promised to kill me, rape my wife and sodomize my son". Cox and Kuchera's actions set off a chain reaction, where other news media outlets and blogs picked up the story, citing the original Kotaku article and further spreading the allegations.

Years later, in September 2013, Wardell received an apology letter from Miseta, expressing her regret at "having brought a lawsuit against you and your company".[6] Miseta's lawsuit from 2010 had been dismissed with prejudice, with her apology being pursuant to the terms of the dismissal. Several sites which had published the story have since updated the story to account for Miseta's case being dismissed, including Cox's Kotaku article. However, as of December 20, 2014, Ben Kuchera has still not issued an apology to Wardell for claiming that there was "damning evidence" that he had been guilty of sexual harassment.

On March 19, 2014, Ben Kuchera published an interview with Zoe Quinn that focused on the harassment she claims to have received from Wizardchan and overall portrayed her in a positive light.[7] It was brought to the gaming community’s attention that Ben had been giving Zoe Quinn money via Patreon since January 6, 2014,[8] which proves that he had covered Quinn while providing her regular monetary support, something that was not disclosed in the interview.