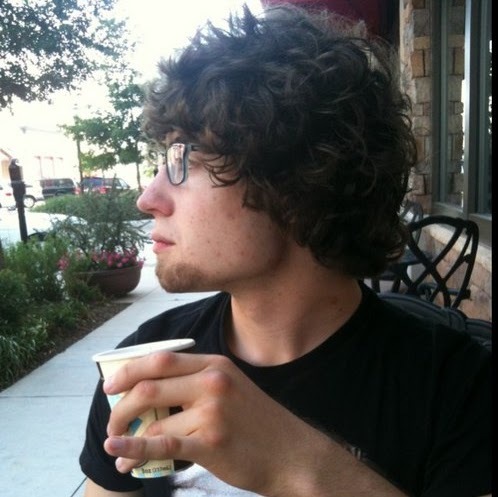 
Nathan Grayson is a former contributor[1][2] for Rock Paper Shotgun and current contributor for Kotaku. In August 2014 he became embroiled in a controversy regarding allegations of journalistic impropriety when it was revealed that he had entered into an undisclosed romantic relationship[3] with the subject of his coverage, independent game developer Zoe Quinn.

Grayson is most notable for his coverage of GAME JAM, a sponsored "indie" game jam event, which he detailed in an article entitled "The Indie Game Reality TV Show that Went to Hell". This coverage, which primarily focuses on personal conflicts and arguments that derailed the project, focuses heavily on Zoe Quinn, to the point of casting her as the protagonist of the struggle of the "indie developers" against the corporate machinations of the sponsors and their hired producer.

Grayson primarily tends to focus on issues of sexism in gaming, or content and media that he perceives to be sexist in nature. This is often attributed to a conversion in viewpoint developed while working at Rock Paper Shotgun:

Being here taught me to care about new things, too. I never thought myself openly sexist or racist or homophobic or anything like that before, but I also didn't understand how systemically ingrained many of those mentalities are. Writing about them helped me learn how to be less shitty, helped me become better at caring about other people no matter how different we are. And (sic)anyway, we’re all human.
— Nathan Grayson, "I Love You All"[4]

In the same letter, Grayson goes on to acknowledge Jenn Frank, Mattie Brice, Cara Ellison and the site Critical Distance for their contributions to his development as a writer.

A frequent criticism of Grayson is that he applies standards of sexism, or sexist content in a haphazard way, as illustrated by side by side comparison of his coverage. For example, his widely criticized coverage of DOTA,[5] where he asks Blizzard game director, Dustin Browder several loaded questions including, this infamous one:

You have some interesting alternate outfits for heroes. Roller Derby Nova, especially, caught my eye. On its own, that’s totally fine – just a silly, goofy thing. A one-off. But it got me thinking about how often MOBAs tend to hyper-sexualize female characters to a generally preposterous degree – that is to say, make it the norm, not a one-off at all – and StarCraft’s own, um, interesting focus choices as of late. How are you planning to approach all of that in Heroes?
— Nathan Grayson, Blizzard On Heroes Of The Storm, Female Designs In MOBAs

Prominent Youtube personality TotalBiscuit criticized the above question, as well as other aspects of the games media in a video entitled "I will now ramble about games media for just under 30 minutes". Pointing out that very premise that "MOBAs" as a genre "tend to hyper-sexualize female characters" is not a widely held view or accepted as fact, and instead Grayson was engaging in a form of Begging the question in order to state his own belief as fact.

The above article and subsequent criticism can be contrasted with Graysons coverage of another Blizzard product, Overwatch.[6] Which instead reads directly like a press release touting Blizzards devotion to de-sexualizing female video game avatars despite admissions from Blizzard designer Chris Metzen that they are actually still sexualized:

However, even in the context of Overwatch, which represents a good number of different races, nationalities, and sexes, Metzen admitted that "there's a lot of room for growth." And to be fair, Overwatch's women are mostly super slim and clad in cat suits, so... yeah. (That's not to say they aren't great characters, nor that a game shouldn't have some sexy characters. I just agree with Metzen: there's room to grow.)

"Specifically for Overwatch over the past year we've been really cognizant of that, trying not to oversexualize the female characters. I don't know if we oversexualize the male characters. But it's something we're very sensitive to. We want that to be part of who we are, what our brand is. I think [Blizzard president] Mike [Morhaime] talked in a roundabout way to that in his speech [at the start of BlizzCon]. It's something we're very cognizant of. We want girls to feel kick-butt. Equally represented."
— Nathan Grayson, With Overwatch, Blizzard is trying to do Women Characters Better

Many readers have blogged speculation about if the overall change in tone shows favortism to Metzen as opposed to Browder, or if Grayson was deliberately trying to moderate his reporting after the outcry following his DOTA interview.

Nathan has been a quality assurance tester or play tester on some minor video games[7] such as "Arcade America", "Disney's Timon & Pumbaa's Jungle Games", "Peter and the Wolf" and Zoe Quinn's "Depression Quest".[8]

It is known that Grayson and Robin Arnott were friends with each other dating back as far as March, 2013.[12][13][14] The following articles were written all by Grayson, either profiling Arnott or his work in a positive light, or using him as a quote and plugging his products without disclosure of their friendship:

All of the above coverage and plugs came out within a span of 3 months.

Nathan Grayson has been friends with Zoe Quinn since at least June 2012.[16] In this Twitter Status Nathan can be seen promoting Quinn, talking about hanging out with her, and engaging in what appears to be flirting.

Furthermore, Quinn and Grayson, acompanied by fellow journalist Jared Rosen, went on a road trip to Las Vegas together[17] on April 2, 2014.[18]

It is worth noting that Kotaku Editor-in-Chief Stephen Totilo claims that it's been his long standing policy that reporters recuse themselves from covering subject they are close to[19] and if they must report on them, then they should give full disclosure.[20]

Despite this policy, Nathan Grayson did not recuse himself from any coverage of Zoe Quinn at Kotaku or ever disclose any sort of friendship with Zoe Quinn. In fact, it appears that it wasn't until the greater scandal around "The Zoe Post" erupted that Totilo became aware that anything could potentially be amiss.

During the period of time that it is known that Nathan Grayson was at least close friends with Zoe Quinn, he wrote the following articles:

It is worth noting that the "GAME JAM" piece contains this relevant passage by Zoe Quinn:

"I want to run a game jam. I'd love to have the LPers do what they're so often so brilliant at and bridge the gap between the games and the audience, and do it super low-tech, low-budget, documentary style. Capture the inspiration, the hard work, the 3 AM delirium and the dumb jokes that come with it. Show people how we all band together and support each other through the deadline. That's what I want to show the world about game jams. That's the ambassador I'd rather be."
— Zoe Quinn

The domain for Quinn's Rebel Game Jam was registered one day after this quote and relevant article went to print.[21]

On July 29, 2014 Grayson published an article entitled "Your Favorite Elder Scrolls Character Probably Died A Horrible Death" that was primarily sourced from an Imgur post[22] by a user "St41n3dCl4ss". While in the article Grayson wrote, "St41n3dCl4ss" was cited as a source, that source in turn was actually an English translation of a French article by Corentin Lamy.[23][24] However, despite the citation, which was attributed incorrectly, the article itself is primarily a verbatim copy with some minor reformatting. This type of quotation in the long form, while an increasingly common part of Kotaku's coverage, is considered plagarism[25] due to the lack of additional original work in the piece.

On August 20, 2014, Kotaku Editor in Chief Stephen Totilo released a public statement[26] addressing the controversy around Grayson's alleged journalistic lapses. Within it he address only the allegations about the romantic, or sexual relationship on behalf of his reporter. It is also worth noting that despite it being obvious that Nathan Grayson has never reviewed "Depression Quest" this allegation makes it into the official statement, as such:

Nathan has been accused of in some way trading positive coverage of a developer for the opportunity to sleep with her, of failing to disclose that he was in a romantic relationship with a developer he had written about, and that he'd given said developer's game a favorable review.
— Stephen Totilo

Despite Totilo not addressing the impropriety of one of his reporters not recusing themselves from a situation where they have an obvious conflict of interest due to long standing friendships, such as the coverage Nathan did of the "GAME JAM" event, Stephen then goes on to state the following:

Given the information available to us both from Nathan and all sources presented online, I have no reason to believe any further action need be taken. The situation is fraught for all involved, including our readers, whose trust is paramount; inquiry is always welcome.
— Stephen Totilo

Several days later on August 26, 2014, Totilo releases another statement[27] where he outlines a minor change in the policy regarding his reporters providing money to their subjects in the form of Patreon contributions and states:

The last week has been, if nothing else, a good warning to all of us about the pitfalls of cliquishness in the indie dev scene and among the reporters who cover it. We've absorbed those lessons and assure you that, moving ahead, we'll err on the side of consistent transparency on that front, too.
— Stephen Totilo

It is worth noting that despite no formal ethics policy being forthcoming, several disclosure statements were added to articles on the site around this time.