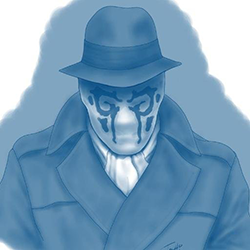 
William Usher is a game journalist, freelance contributor, and assistant editor for Cinemablend.com and OneAngryGamer.net. A former member of GameJournoPros, Usher collaborated with Milo Yiannopoulos to expose the censorship and narrative pushing perpetrated by the group's other members, many of whom were from multiple sites belonging to the Boycott List.

On august 18, 2014, Usher wrote an article about The Quinnspiracy. In it he made clear his lack of interest for the gossip aspect of the scandal. However, he showed concern about how the censorship and lack of transparency coming from the Gaming Press which are actively hurting Gaming Culture.[1]

"The thing that hurts the most is that none of this does anything to help game culture. What’s sad is that all the sweeping-under-the-rug and closing-up-the-closets in an attempt to keep the skeletons from falling out is a pathetic state of affairs that exacerbates the fuming situation that sees gamers boiling up and fighting against the institutions that are supposed to be an outlook for them; institutions that are supposed to be there to protect and look out for the interest of the community, of the developers and of the future of the culture of interactive entertainment.
— William Usher.

Usher has written multiple articles covering the events of The Quinnspiracy [3] and later #Gamergate. [4]

On September 2014, Milo Yiannopoulos wrote multiple articles about GameJournoPros. Revealing the Gaming press was colluding to push a narrative depicting #Gamergate as a harassment movement while trying to shutdown any kind of discussion related to it.[5].

On a interview given to AGPNation,[6] Usher stated he joined GameJournoPros on february 2013 after someone else on the mailing list helped him with some pro-consumer articles published a year before. He received info about the list when he did an article attacking gaming media after they blamed gamers for pre-ordering and buying Alien: Colonial Marines instead of waiting for reviews.

Regarding of why he didn't release this information sooner he stated:

There were two reasons I didn’t leak the information sooner: First, I was still gathering evidence and information. The original leaker who sent Milo (from Breitbart) the info kind of threw a wrench in my plans and forced me to speed up my timetable. I had always intended to expose how they operated, but I wanted a very solid, irrefutable collage of their own words to use against them. The second reason is that Kyle asked those within the list nicely not to publicly discuss the private conversations. I knew I didn’t belong on the list; I knew I wasn’t one of them, but they still allowed me on the list. I felt I would honor Kyle’s request while I was on the list. This did not conflict with my original plans, as I knew that I would eventually lose access to the group one way or another. When the leak happened and my access to the GJP was revoked, I was no longer honor-bound to Kyle’s request, as my adherence to his request only went as far as my inclusion to being on the list.