Difference between revisions of "Sam Biddle" 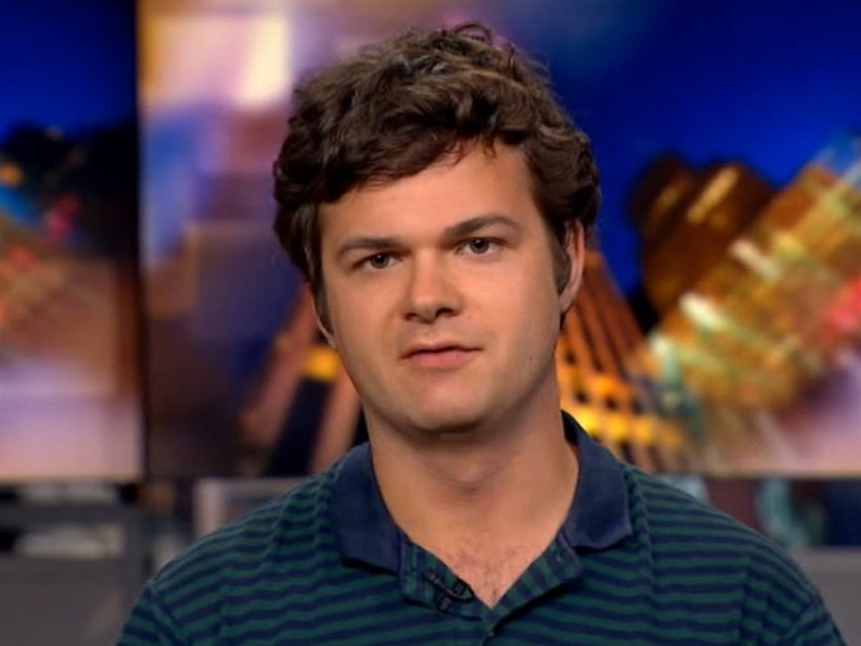 
Sam Biddle is a Gawker Senior Writer that has worked across multiple sites in the Gawker Media family, such as Gizmodo and Valleywag. He is known to make many crude comments both on Twitter and in articles on the websites he writes for. He has made multiple tweets advocating animal cruelty, and while many would initially pass these off as jokes in poor taste, other tweets seem to confirm these are things he actually believes. He also recently not only supported but personally called for the doxing of an anonymous Twitter account.

Before working at Gawker, Sam Biddle studied at Johns Hopkins university, gaining entrance due to his Pulitzer prize winning journalist (and Johns Hopkins lecturer) father, Wayne Biddle. At the university, he joined the Delta Phi fraternity, wherein "it is generally regarded that wealth is a factor as almost all members are from affluent backgrounds."[1] After college, Biddle moved to New York where he wrote a series called “Diary of an Unemployed Class of ’10 Philosophy Major in New York City” for the Awl:

“Is it petty to not share in the happiness of someone else’s success? Is it petty to wish-to beg, even, knuckles blistering, eyes bloodshot, beseeching each god-for their horrific downfall? Is it immature to consider another’s achievement, to imagine them doing the job you wish you had-walking around in your fancy pants, sleeping with your wife in your own bedroom, eating your Frosted Mini Wheats, loudly slurping the milk-and sink into despair? Is this unfair? Should this be beneath me?”
— Archive

During Sam Biddle's stay at Gizmodo, the Gawker tech site known for leaking the iPhone 4, he wrote an Opinion/Editorial titled It's OK to Be a Hater Because Everything Is Bad, in which he rants about many aspects of things Gizmodo regularly covered, in a similar vein to the Gamers are Dead articles. In the article, he calls out buyers of headphones, iPads, Android devices, and social media in general.[2] A rebuttal to said OP/ED can be found here.

It's immoral to own an iPad, but that won't stop you or me or anyone from coveting them and reading about them until our eyes squirt blood, dripping down the pristine oleophobic Gorilla Glass IX.

Twitter! Websites! Oh they're almost all bad. Virtually all websites and people who make them and use them are horrendous. Subhuman. Maybe inhuman. Nobody on Facebook is funny. They recycle the same horrible image memes that 4chan snowballed into Reddit's mouth months ago.

Biddle is known to frequently insult people and things in his Opinion blogs, such as the piece where he makes fun of Ultimate Frisbee and the tech start-up Lightspeed.[3]

Whenever you meet someone new, ask them "Are you a murderer?," and if they say "No!" you ask them "Do you play Ultimate Frisbee?" This is how you weed out bad people. But the dumbest game on two feet just got a big cosign by one of Silicon Valley's preeminent venture firms.

On January 12th 2015, Sam Biddle wrote an article on Gawker titled 'The ISIS Babies Are Freaking Adorable' in which he posted numerous photos from pro-ISIS twitter accounts depicting young children that were being trained to take place in the terrorist group, calling them "the cutest darn jihadis you've ever seen." and "Alawwwhu akbar."[4]

On February 9th 2015, Sam Biddle, in response to the backlash Gawker received for making the Coca-Cola twitter account tweet passages from Mein Kampf, Sam Biddle wrote an article titled 'Brands Are Not Your Friends'.[5]

Human beings—including journalists—flocked to Coke's side. The Verge sobbed that we'd "ruined" Coke's "courage and optimism," AdWeek called our work a "debacle," and Coke itself feigned dismay: "It's unfortunate Gawker made it a mission to break the system, and the content they used to do it is appalling." "Have a Coke and a—frown," bleated some dunce at USA Today. Coca Cola's rough approximation of humanity had made an enormous impression, and its drinkers and friends took a stand. No more, they tweet-chanted in unison, no more unkind words for this maker of sweet liquid toxins
— Sam Biddle

In mid-October 2014, Sam Biddle came to the attention of those following GamerGate by tweeting out that "nerds should be constantly shamed and degraded into submission" and to "Bring Back Bullying".[6][7] This prompted a mass-emailing of Gawker Media advertisers, getting many to pull their ads, or deny having current advertising campaigns with Gawker. This email campaign eventually lead to the creation of Operation Baby Seal ten days later. After several ad pulls, Max Read, Editor-in-chief of Gawker, issued a statement calling GamerGate "dishonest fascists," and Intel, one of the advertisers that pulled their ads, "craven idiots" and "pusillanimous morons,".[8]

Sam Biddle apologized for the tweets the next day, and an internal Gawker memo was leaked showing that this was prompted only by the fact that Gawker was getting heat for it.[9][10]

Shortly after making these comments, Biddle was moved from an Editor roll at Valleywag to a Senior Writer position at Gawker, starting after a sabbatical during the month of November, with Gawker's Max Read stating, "Sam is one of the great pure bloggers — fast, sharp, opinionated, funny — and I want to run his work on the front page no matter what it ends up being about".,[11] even when it's about wizards who just want to be left alone.[12]

Sam Biddle has been known to make many questionable tweets on twitter, ranging from being generally rude to making fairly disturbing jokes

On December 2, Sam also, alongside Leah Finnegan (a Senior Editor at Gawker), called for the doxing of Twitter account @NYTFridge after it tweeted about an article on Capital New York detailing a memo Nick Denton sent to other Gawker staff.[15] As of January 20, 2015, NYTFridge remains safe, with Biddle joking about still wanting both the dox of "darth" and "nyt fridge" on twitter, but refusing to ping their twitter so he wouldn't "get all the loser crybaby darth fans emailing me for a week".[16]

If anyone has information regarding the identity of the @NYTFridge account, please email me, anonymity guaranteed (biddle at gawker dot com)
— Tweetsave of Sam Biddle's Tweet

Amidst his regular set of tweets, he seems to have a general disdain for animals, stating:

it doesn't matter how, animals are not rationals beings, and rationality is requisite to moral agency

which would lead to human suffering. but animals can't be mistreated, by definition, qua animals

they have pain receptors, sure. but "cruelty" exists in the mind of the tormentor, animals can never feel "torment"
— Sam Biddle's Tweet Archive 1

Outside of this disturbing conversation, he has made many statements about harming animals: