Difference between revisions of "Patricia Hernandez" 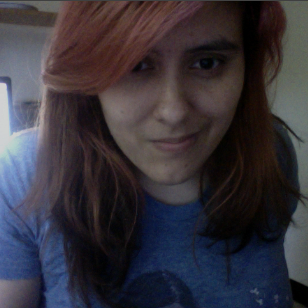 
Patricia Hernandez is a writer for Kotaku who is infamous for her consistently low quality clickbait articles, which are usually only tangentially related to video games and are often used as a vehicle to discuss and promote her political beliefs. She is also known to have engaged in corruption, giving favorable and disproportionate coverage to her roommate, Anna Anthropy[1] and her friend, Christine Love[2] without disclosing their relationship in any of the articles she wrote.

Patricia Hernandez appears to have been friends with Zoe_Quinn since March 2013, as tweets from that month reveal that they were planning to meet up with each other.[3] Despite this, Patricia gave Zoe positive coverage in two articles from December 2013[4] and May 2014[5] and without initially disclosing her friendship with Zoe in said articles.

Patricia's coverage of the game I Get This Call Every Day also appears to be ethically questionable. Hernandez and David S. Gallant, the game's creator, started tweeting at each other on December 15, 2012;[6] already from their first twitter conversation they appear to have been somewhat friendly with each other.[7] On December 21, 2012 Patricia published a positive article on David S. Gallant and his game without disclosing what appears to have been a friendship between the two.[8] Further twitter conversation from December 2012 also indicate a friendship between Gallant and Hernandez,[9] and yet this was not disclosed in Patricia's second article on Gallant from January 29, 2013.[10]