This article needs cleanup:
It doesn't meet the standards for articles of its type. Please help fix it!

Note to Anyone: Their needs to be tricks to get the Battle. net accounts deleted without giving private information. So, please add if one manages to outsmart Blizzard's system.

Operation #ChineseWinter is our reminder to Blizzard Activision that we are #StillAlive . The censorship of gamers to benefit the People’s Republic of China, is unacceptable. Gamers have long been as familiar as anyone with the sting of censorship. One of our brothers has fallen. Let’s revive him.

In spite of partial Tencent ownership, the price of damaging it’s global brand is larger than the profits in the Chinese market. Remind them that we are the bigger market.[1][2][3]

You’ve been called. #GamerGate #Blizzard #GamersUnite If you are seeing this, liberty needs you’re help. This is an awareness campaign. Embrace the power of memetic warfare.

Also, besides using Mei-Ling Zhou, use other characters, like Hello Kitty and Mickey Mouse, to become Hong Kong's mascots; because these characters are huge over in China and it will force them to ban them, the products, and the whole companies.[4] 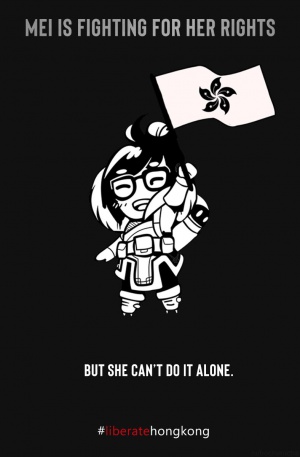 Note: Please if you're gonna draw Mei and anyone that's a HK protester, use this flag instead: 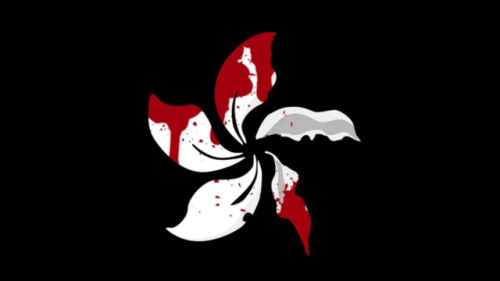 The protesters flew this flag instead.[5]

Note: Please be aware and be careful of what you recommend that some of these companies are also bootlickers to China, like Riot.[6][7]

How to Submit a Fake ID

Since Blizzard's tech support involves submitting a Government ID (If you're an adult), a birth certificate (If you're a parent of a minor or teenager), driver's license, learner's permit, passport, health card (for Aussies, New Zealanders, and Canadians), or a voter registration card in order to delete your account. Here's how to submit a fake ID:[13][14][15][16]

Make the ID in photoshop, for some reason they also accept it. Make everything fake: picture, address, date of birth, issue date, expiration date, and so forth, except for your real name (Due to it being attach to your account). Note: You have 30 days to review the picture and to approve or deny, otherwise your account is not deleted.

Photoshop a fake picture in order to fake a birth certificate, but make sure that the DOB incidates that you're a minor. It has to look the part, so that way Blizzard Entertainment will accept.

If the customer tech support guys request what's your reasons of why you want a permament account deletion, POLITELY clarified that you're never supporting and buying from them, because of the Hearthstone incident, the weibo "We're sorry, China." apology, that Blizzard supporting a foreign government body that's horrible to both foreigners and natives (especially regarding free speech and human rights), and being hypocritical towards the West. Also, POLITELY means professional language, little to no cursing.

For BlizzCon2020 and Beyond

Buying BlizzCon tickets, including the virtual ones, are final. Though one can resell tickets at AXS.com.[17][18]