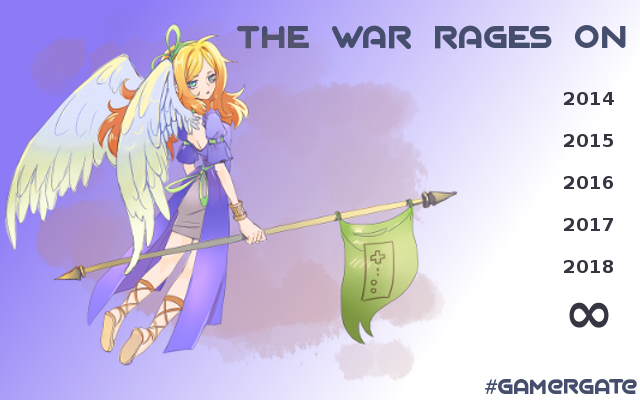 Beginning in 2014 the video games media, spurred by a scandal involving one of their own, launched a vicious attack on gamers and gamer culture. Their goal was the self-professed eradication of "gamer" as an identity and the pushing of a "Social Justice" political agenda into the world of videogames through cronyism, censorship, and collusion within the videogame trade press and mainstream media.

The united backlash by the global gamer community against this dishonest media campaign became the event known to the world as #GamerGate.

No changes during the given period match these criteria.
Retrieved from "https://ggwiki.deepfreeze.it/index.php?title=Main_Page&oldid=558"