Super Important GamerGate Wiki Notice:
Gawker has already been bitch slapped by the FTC and is now required to disclose affilate links. This remains here as a proverbial head on a stake. 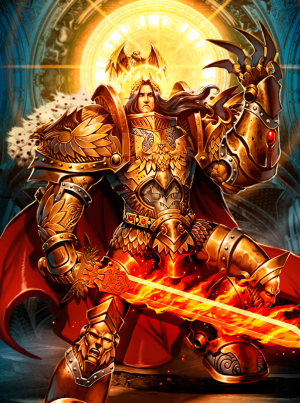 
'Operation UV' is a project whose goal is to drain Gawker of its resources as retaliation for extreme yellow journalism, clickbait, and defamation of GamerGate. It consists of two phases: Gamma, where participants file FTC complaints about Gawker's advertising practices, and Alpha, where participants email advertisers.

The FTC (Federal Trade Commission) requires "clear and conspicuous" disclosure when a blog or other website displays an advertisement that might not be clearly distinguishable from the normal website content.[1] This includes paid affiliate links; second-party websites receive a small percentage from purchases that originates from these same sites. Judging by certain things seen on their site, Gawker Media may be aware that they’ve been playing fast-and-loose with FTC disclosure rules.

In short, Gawker Media embeds their Amazon Affiliate information into seemingly all Amazon.com links found on their family of websites. Gawker Media presumably receives financial compensation for these affiliate links. Per the FTC, this financial arrangement must be made explicitly clear to the consumer before they click on that link. This is about Gawker Media and their repeated pattern of either skirting or even outright ignoring the Federal Trade Commission’s requirement that for-profit network affiliate links must be disclosed in a "clear and conspicuous" manner to website visitors.

When contacting the FTC, it will be useful to note the scope of Gawker Media's use of Amazon Affiliate links. It would appear that nearly every single Amazon.com link found on Gawker Media's websites in the past several years is embedded with Gawker Media's Amazon.com Affiliate information. This includes not only the expected native advertisement posts, but reviews, news articles, brief blog posts, Tweets and even links in the comments sections. The FTC is clear about the necessity of explicit disclosure of all network affiliate links, so the breadth of Gawker Media's negligence in this area is quite large and arguably warrants action by the FTC.

The explanation for the numerous undisclosed links might be as follows: all of Gawker Media's websites (Gizmodo, Kotaku, Lifehacker, i09, etc ...) are managed by Gawker Media's proprietary blogging platform Kinja. After Kinja's launch, Gawker Media's owner Nick Denton discovered that Kinja could be used to add Amazon Affiliate links into all of Gawker Media's sites and blogs automatically. He discusses this discovery and the subsequent financial benefits this policy has earned Gawker Media in the following Digiday article dated October 20, 2014:

All this happened somewhat serendipitously. Gawker Media first started using e-commerce links on Gizmodo, its gadget site. Gawker was using its publishing platform Kinja to surface relevant links within articles. Once Denton realized that Kinja could also be used to plug relevant e-commerce links into posts they began to appear regularly on Gawker’s other blogs like car-focused Jalopnik, gaming site Kotaku and Lifehacker.
— Nick Denton[2]

Therefore, if the Digiday article is correct, Amazon Affiliate links are inserted automatically into perhaps all Amazon.com links on Gawker Media's websites. A careful examination of Gawker Media's websites shows that Kinja does not appear to distinguish between Amazon.com links in native advertisement posts and other Amazon.com posts such as reviews, blog postings, Tweets and links found in reader comments. These seemingly indiscriminate insertions of for-profit affiliate links do not seem to take into account the FTC requirement for "clear and conspicuous" disclosure in such matters.

To participate, use the FTC's online complaint form to report Gawker's advertising practices. Use the gallery below to ensure you select the proper options. The final page will ask you for your contact information. Fill it out accurately. They may contact you be able to converse with them, if they email you we can help you with suggestions if you post it here. Then you have the 3500 characters to enter your complaint. Use the resources section to find specific examples.

Here are examples of questionable behavior on the part of Gawker Media in terms of FTC disclosure rules. None of these posts disclose or even provide a hint to the consumer that they are about to click on a for-profit affiliate link. To be clear: there is no disclosure whatsoever.